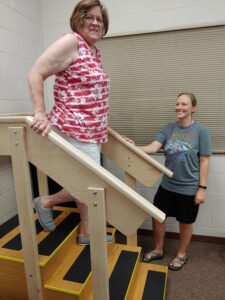 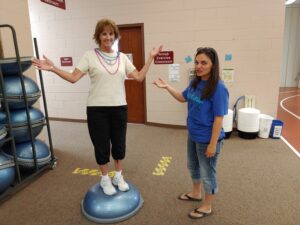 BELOIT – Grant funding for equipment and training for instructors of senior exercise classes at the NCK Wellness Center regularly benefits more than 120 seniors in the Beloit area.

With the purchase of equipment such as weights and stairs, instructors could work with seniors on balance and everyday activities. Certifications helped the instructors improve their skills and better prepare exercises for their class participants.

There were more than 2,300 visits to the center during 2020 and even more virtual classes were taken. The center focused on community outreach during the COVID-19 pandemic and classes were televised. Some of the new equipment was made available for home use.

Grant funds also paid for an automatic door opener for the center. 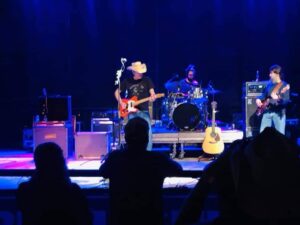 LEBANON – After about seven hours of live entertainment outdoors, the Lebanon Bash concluded on Sept. 12 with a fireworks display.

Grant funds underwrote the appearance of Jason Boland and the Stragglers at the annual event featuring a variety of music from local and regional groups. 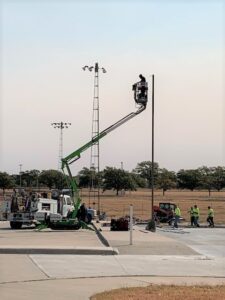 The facility also upgraded HVAC systems and added two iPads for use in operating systems and training staff. 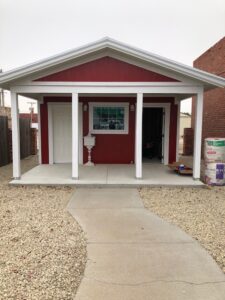 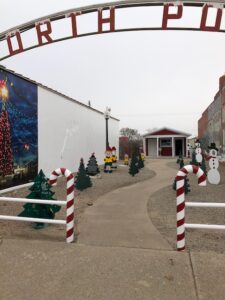 WAKEENEY – The Christmas City of The High Plains lit its large Christmas tree in the middle of downtown for the 70th time in 2020, and children got a look inside Santa’s new house.

The new house featured a large front window that children could see and talk to Santa through, even if they could not sit on his knee. 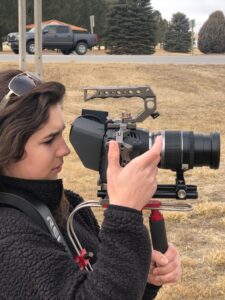 GOODLAND – Students of the Computer Graphics Technology program at Northwest Kansas Technical College have a new piece of equipment to assist their learning about video production and filmmaking.

Grant funds paid much of the cost of the 6k cinema camera and a wearable camera mount stabilizer kit.

Students planned to collaborate with the Goodland Regional Medical Center to help market the hospital, as well as producing a video project featuring creation of the Goodland Topside Trail.

Students were also to assist with filming a series of videos as part of curriculum for a Groundwater Management and Precision Ag certified irrigator program. 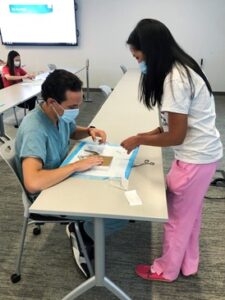 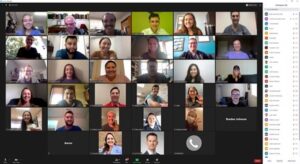 Grant funds paid for stipends for about half of the 31 medical students who participated in the Summer Training Option for Rural Medicine, or STORM.

STORM, started in 1992, is offered as an elective to second-year students at the University of Kansas Medical Center. In the summer of 2020, eight students were placed in counties in the Hansen Foundation service area.

The program provides students with an early clinical exposure and experience at a rural medical practice and addresses rural physician workforce issues. 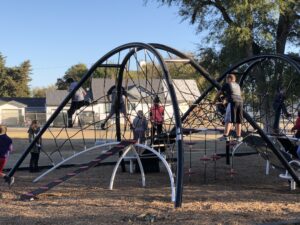 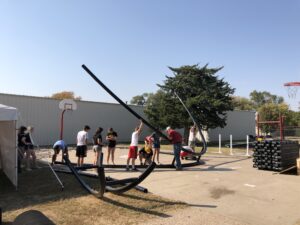 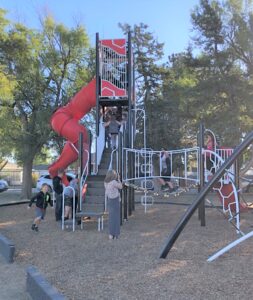 QUINTER – Sixth-grader Miley Pennington started raising money in 2019 to replace outdated playground equipment removed from the Quinter school playground after an insurance company refused to provide coverage for it.

Her class raised about $3,000 by holding bake sales, putting out donation jars and selling homemade jewelry. Miley assisted in the design of the playground and was part of the construction team when two new pieces – a two-story slide and a jungle gym – were installed last summer on the elementary school playground.

Three businesses donated seven workers, as well as skid steers, a dump truck, a cement mixer and a fork lift to get the equipment installed. Fifteen parents and 17 students volunteered their time to the construction of the playground.

Grant funds paid a portion of the cost, but student volunteers are continuing to solicit donations for the project. 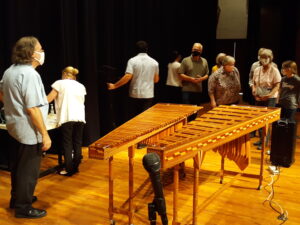 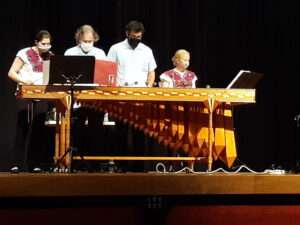 The Western Plains Arts Association event, which had originally been planned for March 2020, was rescheduled and ultimately happened Oct. 11 at the Hoxie High School auditorium.

Construction of a new kitchen was exciting to watch for residents of a rural Catherine home for individuals with intellectual and developmental disabilities.

The project also increased living space at the Developmental Services of Northwest Kansas facility, adding rooms for two additional residents. Funds from a grant also covered most of the cost of replacing roofs on the Frontier Developmental Center in Norton and an administrative/support building in Hays.

END_OF_DOCUMENT_TOKEN_TO_BE_REPLACED 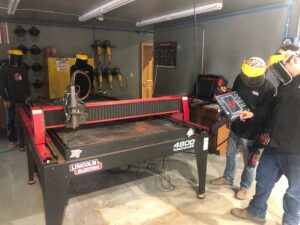 QUINTER – A complete Lincoln Electric plasma cutting system has been added at the Gove County campus of the Northwest Kansas Technical College.

The Torchmate 4800 was integrated into the curriculum for the spring semester. It gives students the opportunity to master the use of a cutting table to fabricate metal for construction projects. To utilize the equipment, students learn computer coding, safety and plasma table techniques. 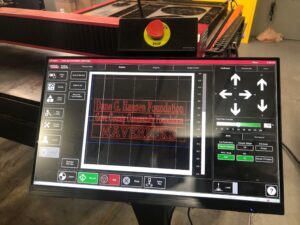 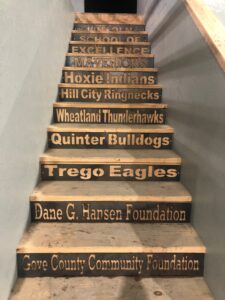