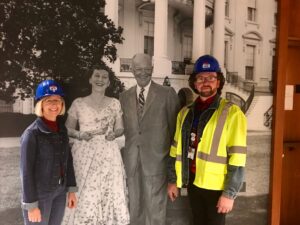 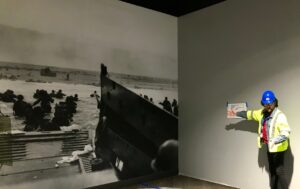 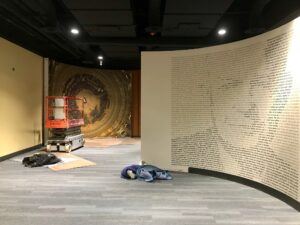 ABILENE – World War II veterans who attend the 75th D-Day Remembrance Ceremony on June 6 will get a private tour of new exhibits under construction in the Eisenhower Presidential Museum.

The public opening date for the renovated museum had to be postponed as the result of the recent five-week government shutdown. Even though the project is entirely funded by private donations, it is located on federal property. The museum’s public reopening is now scheduled for July.

The updated museum will present the story of Dwight D. Eisenhower, 34th president of the United States and Supreme Commander of the victorious Armed Forces in Europe, in chronological sequence. This will make it easier for visitors to understand his life and legacy.

Permanent galleries will feature touch-screens that invite guests to interact with additional content, including documents from the Eisenhower Presidential Library’s archives. A new 3,800-square-foot changing gallery will feature traveling exhibits from around the world.

A total of $12.25 million is expected to be raised to fund the museum’s renovation and expand IKEducation. The museum is scheduled to be rededicated in October at the annual Eisenhower Legacy Gala.