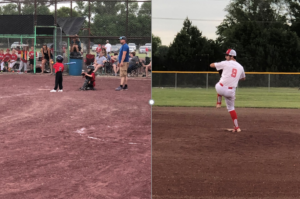 HILL CITY – Hill City baseball and soccer teams were able to play ball at home during the 2019 season after a catastrophic flood and high winds shut down the ball fields in 2018.

Up to a foot of rain fell in just a few hours during the flood, which seriously damaged the ball fields and surrounding fencing May 28. Then another storm on June 7 toppled a light pole.

Many local volunteers and businesses contributed money and labor toward rehabilitating the Boyd-Powers Sports Complex, which also received support from the Foundation and the Kansas City Royals!