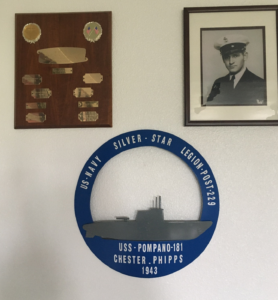 McDONALD – Renovations and expansion of the McDonald American Legion building have made the facility more accessible and better suited to the needs of its users.

On Memorial Day, the building was opened for public viewing, and people were amazed at the improvements, which were partially funded by a grant.

A new tribute wall in the building’s new entrance foyer memorializes Chester Phipps, for whom Post 229 is named. Chief Motor Machinist’s Mate Phipps was one of 77 members aboard the USS Pompano SS-181, when it was lost at sea off the coast of Honshu, Japan, in 1943.  He is a World War II Purple Heart and Silver Star recipient.