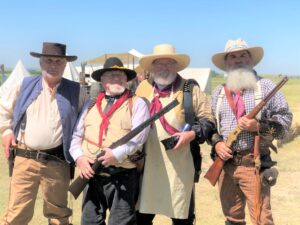 WALLACE – The 150th anniversary of the arrival of the Kansas Pacific Railway in Wallace County was commemorated in a memorable way, with the Trails to Rails Exposition in July 2019.

A few months before the arrival of the Union Pacific’s historic Big Boy steam locomotive No. 4014 in Sharon Springs during a national commemorative trip in November, four stagecoaches traveled 26 miles while re-enacting the final journeys of the Butterfield’s Overland Dispatch. The stagecoaches traveled from Russell Springs Stage Station to Henshaw Springs Station to Fort Wallace on July 13.

The massive change the railroad brought to the American West during the transition from horse-drawn vehicles to the mighty steam engine was apparent to the hundreds of people who came to see parts of the journey and attend programming at the Fort Wallace Museum. 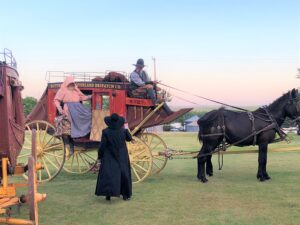