Click on photo to learn more about each staff member. 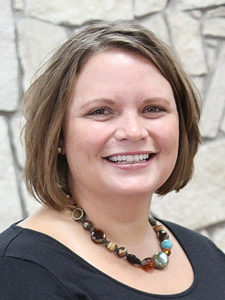 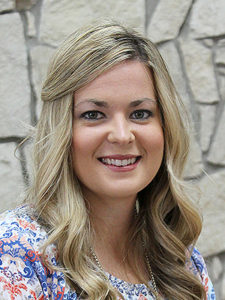 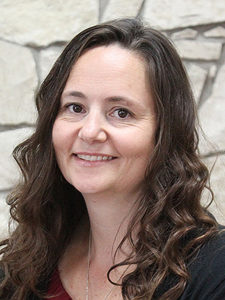 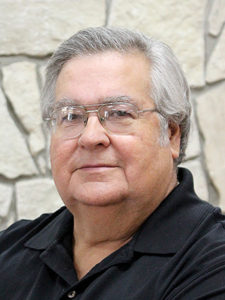 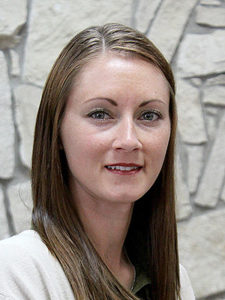 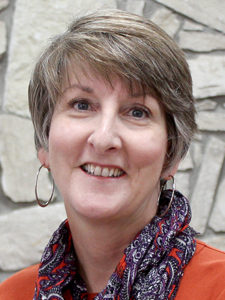 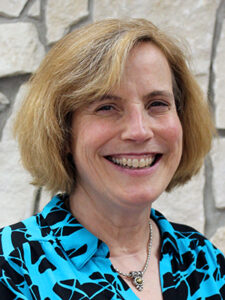 The Dane G. Hansen Foundation is governed and operated by a seven-member Board of Trustees.
Click on photo to learn more about each trustee. 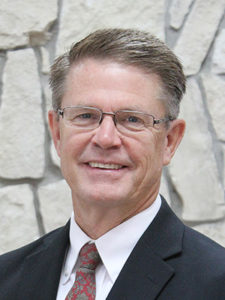 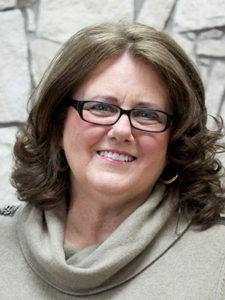 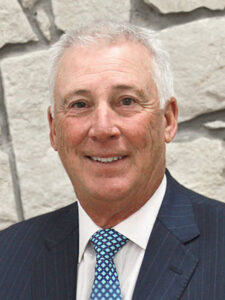 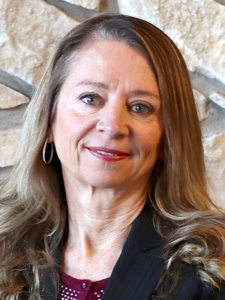 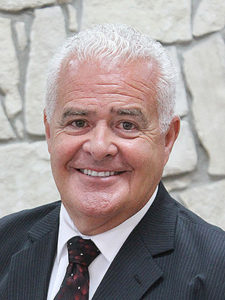 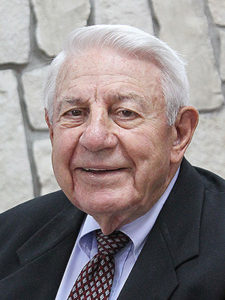 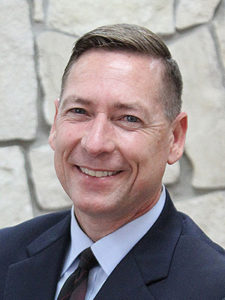 Born and raised in Washington, Kansas, Courtney attended Kansas State University and received a degree in Ag Business. Courtney moved to Logan in 2007 and has been with the Hansen Foundation since 2012.
Email Courtney

A native of Hoisington, Kansas, she has lived in Logan since 2014. Kyra received a Bachelor of Science in Business Education from Fort Hays State University. She has worked for the Hansen Foundation since 2014.

Theresa has been with the Foundation since 2014. A native of Logan, Kansas, she graduated from North Central Kansas Technical College with a degree in Executive Secretary.

Raised in Palco, Kansas, Mickie has been with the Hansen Foundation since 1976. He is a graduate of Fort Hays State University where he earned his degree in Accounting. Mickie and his spouse Glenda, live in Logan and have four sons and two daughters.

A native of Logan, Kansas, and a graduate of Oklahoma Panhandle State University with a degree in Accounting, Jesse has worked for the Hansen Foundation since 2014.

Betsy joined the Foundation in November 2015. Previously, Betsy spent 15 years as the President of the Greater Salina Community Foundation and 15 years as the Director of Marketing for Salina Regional Health Center.  She has a BA in Theatre and Secondary Education with a Journalism minor from the former Marymount College in Salina and an MA in Communications from the Wichita State University.  Betsy and her husband, Ben, live in Salina.  They have three terrific sons: James, Bob and Chris.

Born and raised in Colby, Kansas, Erin joined the Foundation in April 2019. She earned a bachelor’s degree in journalism from Kansas State University. She started her reporting career with the Parsons Sun and was part of the reporting staff for the Salina Journal for 10 years.  Erin and her husband, Randy, live in Salina. They are proud parents of sons Brady, Graham and Reece.

Doug grew up in Quinter, but spent his summers on the family farm in rural Gove County.  Following high school graduation, he attended McPherson College where he received his BS in Accounting.  He became a CPA and worked briefly for the Internal Revenue Service before joining the former Kennedy and Coe, and later Poore, Dameron and Associates. In 1990, Doug returned to operate the family farm, settling in WaKeeney with his wife, Laurie, and their children, Lauren, Julia and Jackie. In 2013, Doug became a member of the Hansen Board of Trustees. In addition to his family life, farming and his work as a Trustee, Doug also enjoys being a mentor to area business owners.

Carol is a sixth-generation Logan resident. She was born on the family farm just south of Logan and graduated from Logan High School. She spent more than 20 years in the Denver area where she raised her family, worked as a decorator for a Christmas store (she loves Christmas!) and ran a successful doll business. In 1993, she returned home to Logan, and in 1996 married Dane G. (“D”) Bales, Jr. “D” was the great-nephew of Dane G. Hansen and a Trustee for the Dane G. Hansen Foundation. Following a battle with Leukemia, “D” passed away in 1998. In 2000, Carol was appointed to take his place as a Trustee. In addition to her service to the Foundation and many other organizations, Carol spends time visiting her three daughters, Teresa, Stephanie and Christina and their families.

Warren was born in Oakley, and spent his early childhood on a farm near Winona. He later moved to Russell, where he attended school and graduated from Russell High School. He earned his accounting degree at Kansas State University. He worked for four years for Arthur Young & Company in Wichita, specializing in oil & gas accounting and taxation. In 1978, he became the CFO of a small publicly-held oil and gas exploration and production company in Dallas, and then held a similar position at Ferrell Companies, Inc., a Kansas City based company involved in oil and gas, real estate, banking, manufacturing, financial services and propane distribution. He became President and CEO of Ferrellgas, Inc. in 1985.  In 1991, Warren worked in the investment field and also served on a number of boards including many public, private and foundation boards across several different industries. Warren never lost his attachment to Northwest Kansas. In 1992, he purchased a ranch northwest of Russell and in 2013, he and his wife, Angela moved to the ranch permanently. They have 2 sons, David and Gunner.

Rhonda is a life-long resident of western Kansas.  She grew up on a farm near Morland and attended Morland High.  Upon graduation, she pursued an accounting degree, first at Colby Community College, and then transferring to Fort Hays State University as a junior.  She graduated with honors from FHSU with a B.B.A. in Accounting and immediately began working in public accounting in southwest Kansas where she audited schools, counties, grain co-ops, feed yards, and even a rendering plant, learning early on that casual shoes or even cowboy boots make a better auditor.  She became a CPA and soon returned home to marry her husband, John.  She worked for Mapes & Miller CPA’s for four years before starting with Nex-Tech in Lenora, where she has served in several positions, including Chief Operating Officer and most recently Chief Financial Officer.  In her twenty-seven years at Nex-Tech, she has been involved in many acquisitions, expansions, and adventures and looks forward to the company’s continuing efforts to build out fiber based broadband services across the region.  John and Rhonda make their home on their ranch near Penokee where they raised two wonderful sons, Lucas and Cordell.   Rhonda joined the Hansen Board of Trustees in January 2021.

Originally from Norton, Robert has spent much of his life in Northwest Kansas. Following graduation from Norton High School he attended the University of Kansas, where he received a BS in Business Administration and Accounting. He passed the CPA exam in 1985 and the Certified Financial Planning exam in 1993. He retired as the Executive Vice President of Baird Oil in Logan, where he worked for more than 25 years. In 2015, he moved from Logan to Hays. He has been a member of the Hansen Board of Trustees since 2004. Robert has two daughters, Anne and Kathryn.

Cy was born on the family farm near Severance, Kansas, but spent his career as a banker and part-time farmer in Northwest Kansas. He is a graduate of Kansas State University with a degree in Animal Husbandry with a rural banking option, and the University of Wisconsin Graduate School of Banking as well as the National Trust School at Northwestern University. Cy put his education to work at the First National Bank of Phillipsburg where he served in a variety of positions, including chairman of the board. Cy and his wife, Gladys, are involved in multiple organizations in the community. Cy joined the Hansen Board of Trustees in 1994.

Brien was born in Abilene, Texas, but raised in Kirwin, Kansas. He graduated from Eastern Heights High School in Agra, Kansas, in 1979. He attended the University of Oklahoma on a Marine Corps ROTC Scholarship, and graduated in 1983 with a B.S. in Aviation Education. As part of his degree program, Brien earned his commercial pilot certificate, with instrument and multi-engine ratings, and certified flight instructor certificate. Upon graduation, he was commissioned as a 2nd Lieutenant in the U.S. Marine Corps. He served as an artillery officer, and then as an intelligence officer until 1987. He then enrolled at Wake Forest University Law School, where he received his Juris Doctor degree in 1990. He became a partner at the law firm of Dean and Gibson in Charlotte, North Carolina, where he practiced in the areas of insurance defense, coverage litigation, aviation accident cases, and insurance fraud cases. He later served as Vice President and General Counsel for Spitfire Aviation, Inc., until returning to Logan, Kansas, in 2003 to open a solo practice law firm. Brien is married to Lynette Stockman, and they make their home in Logan. Between them, they have four children, Cole Archer, Lane Archer, Erin Archer and Riley Stockman. Brien joined the Hansen Board of Trustees in 2016.