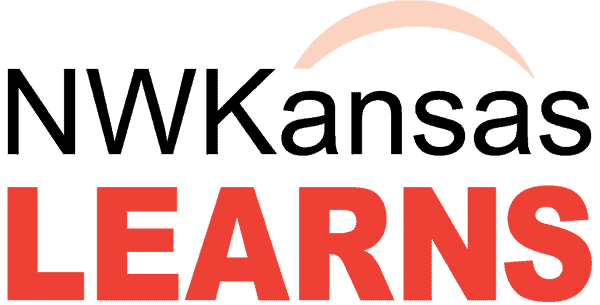 Ike Express brings the legacy of Dwight D. Eisenhower on the road to schools in NW Kansas. A new option for schools that might be unable to make the trip to Abilene, this outreach program takes select IKEducation curricula, including artifacts and documents from its extensive teaching collection, into the classroom. Programs meet Kansas curriculum standards. Facilitated by IKEducators, programs will include:

This program will feature a children’s book and lesson with an Ike connection. IKEducators will read a book, play, and create with students.

IKEducators use the alphabet and artifacts to introduce our youngest historians to the life of Dwight D. Eisenhower.

When America’s men left to fight with the Allies in World War II, women were recruited to work at nontraditional jobs in defense plants and factories. These “Rosie the Riveters” proved their abilities to America and have not looked back since. In this program, students will sing, solve puzzles, recreate their own Rosie photo, and use their critical thinking skills to analyze primary source photos and propaganda posters.

Students learn about the three branches of government, with special emphasis on the Executive Branch. They are encouraged to develop habits of good citizenship for America’s future as they complete several diverse activities — reading letters children wrote to President Eisenhower, writing a letter to the current president, making their own presidential decisions. In 1956, President Eisenhower proclaimed September 17 as the beginning of “Constitution Week.” This program fulfills the requirement for schools that receive federal funds to hold an annual educational program to honor and celebrate U.S. citizenship.

Students are never too young to practice the American right to share their concerns with elected officials. Students will analyze children’s letters to President Eisenhower, noting their purpose and topics of the 1950s — from Elvis’ haircut to civil rights. They then practice civic engagement by writing their own letter to the current President of the United States.

All of the countries involved in World War II had top-secret military information that had to be hidden from their enemies. For this reason, numerous tactics were used to disguise messages. In this program, students explore the Code Talkers, Native American men who served in the U.S. military and used their native languages to create codes that were never broken, even after the end of the war.

Following World War II, many Americans kept souvenirs of lost loved ones or their time in the war. Many of these articles were stored in boxes or trunks and then tucked away in attics, basements, and garages for decades. In this program, students critically evaluate images, documents, and a variety of artifacts from the 101st Airborne’s part in the D-Day invasion and liberation of Europe.

Students will learn how individuals were dehumanized as their name was replaced with a number or triangle, and that General Eisenhower made certain those war crimes were documented so those responsible would be held accountable. Most importantly, students learn about the Holocaust through the voices of survivors and realize that behind every number was a person with a name not to be forgotten.

Shortly after taking office, President Eisenhower needed to decide how the U.S. should confront Soviet Communist expansionism. In this program, students recreate Eisenhower’s Project Solarium to analyze primary sources, discuss and debate the merits of three options, and advise the president of their recommendations.

The best deception is attained by feeding an opponent with falsehoods which he wants to believe. Using code names such as Fortitude, Bodyguard, Quicksilver, and Double-Cross, General Eisenhower commanded a series of covert operations that played a crucial role in the victorious Allied invasion of Europe. Students examine primary sources to gain an understanding of D-Day deception plans.

Julius and Ethel Rosenberg, members of the Communist Party, were convicted of passing secrets to the Soviet Union in 1945 and sentenced to death. Controversy surrounded the case, as many claimed the decision was the result of Cold War hysteria, not facts. In this program, students examine primary documents from persons both inside and outside of the intelligence community, as well as stepping into President Eisenhower’s position to decide whether to grant executive clemency to the Rosenbergs.

In addition to the new IKExpress program, the Hansen Foundation continues to provide grants for schools in Northwest Kansas to visit the Eisenhower complex in Abilene. The grant covers bus transportation and entrance/activity fees. Students participate in enhancement programs, view exhibits, and enjoy a complimentary pizza lunch.

SCHEDULING: Apply for the IKE Express outreach or the field trip at IKEducation.com. For IKExpress outreach, simply select that option on the Dane G. Hansen Field Trip application. Need help? Contact Mitzi Bankes Gose, Director of IKEducation, at iked1890@eisenhowerfoundation.net or 785-263-6771.