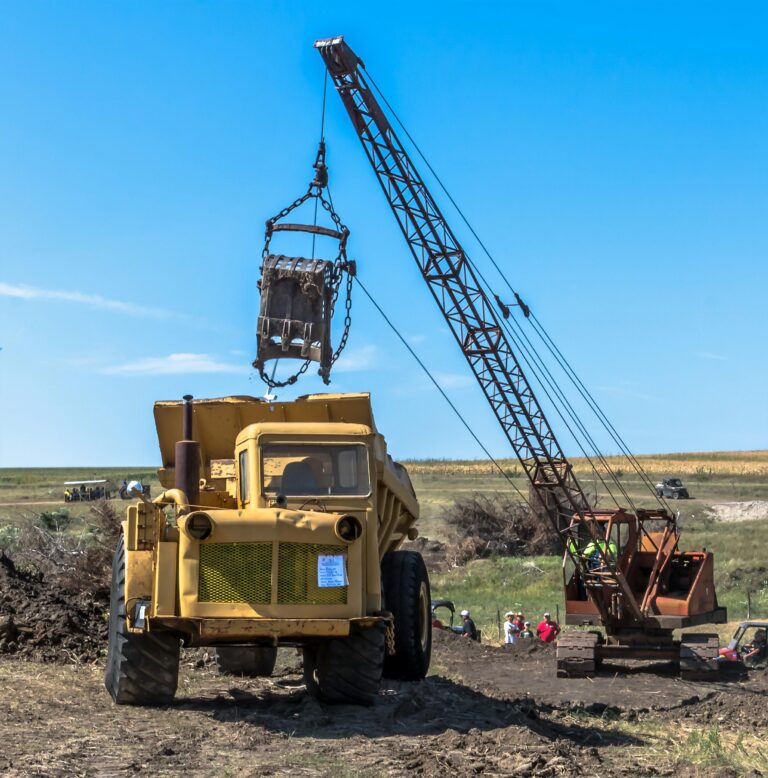 The Big Dig a big hit in Cloud County

CONCORDIA – Thousands of people came to a Cloud County farm in August 2021 for an event that provided an opportunity to see large construction equipment at work.

The Big Dig, which was held on the Kurt Kocher farm Aug. 27-29, featured 538 machines from 94 exhibitors in nine states.  More than 7,500 people from 31 states, Canada, New Zealand and South Africa attended the event. The Big Dig was organized by the Prairie Plowing Inc., the Historical Construction Equipment Association, Cloud County Tourism and the Kansas City chapter of the Antique Caterpillar Machinery Owners Club.

It was the first time The Big Dig had been held in Kansas. This year, International Convention and Old Equipment Exposition, which is held on alternate years, will be in Ohio.

Spectators brought their own all-terrain vehicles or golf carts, or a Hansen Foundation grant covered the cost of on-site transportation in people movers pulled by tractors between the various demonstration sites on that covered 80 acres. Also provided was a giant sand pile for kids to play in. Kids could crawl through a 30-foot pipe and move sand with dozens of toys and mini-backhoes.  The big draw was a miniature working hand crank screening plant operated by kids from age 6 to 80.

The event was designed to educate the public about what it takes to build infrastructure projects or do dirt work in the hopes of interesting more people in that line of work. The event featured demonstrations of dirt moving equipment, working scrapers, haul trucks, shovels, cranes with both drag-line and clam shell buckets, steam traction engines, prairie tractors, gang plows, pull graders, motor graders, elevating graders, dozers and wheel loaders. On Friday and Saturday, the Parade of Power drew spectators to see the wide assortment of machines travel the parade route.