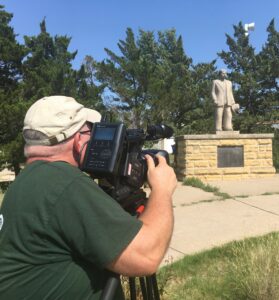 Smoky Hills Public Television was named Station of the Year in the non-metro category by the Kansas Association of Broadcasters in 2018. More than 55 hours of local programming, including “Doctors on Call,” “Real Ag,” and high school sports championships, had been produced through March during the period of operation underwritten by grant funding.

Smoky Hills has also broadcast at least 64 weekly hours of children’s educational television programs commissioned by the Public Broadcasting Service. An outreach program provided three books to each child enrolled in Early Head Start or Head Start, and presentations were conducted in at least 60 towns throughout the 53-county coverage area.