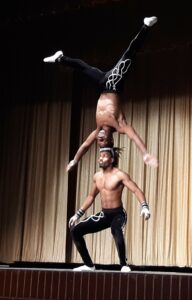 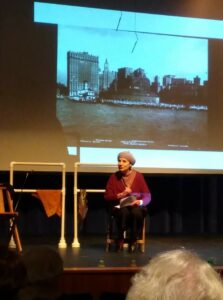 The most popular program with children was Cirque Zuma Zuma, a show featuring acrobats from Africa. Children flocked to the stage to have their pictures taken with the performers following the February dance and acrobatics performance.

Fifteen public schools in the area as well as Colby Community College hosted school and public performances during  the season.

A blizzard complicated plans for school and community performances featuring the true stories of immigrants who arrived in the United States through Ellis Island, but about 900 students and community members eventually got to experience the presentations by professional storyteller Pippa White.

After a community program in Sharon Springs, some of the adults attending shared stories about their own families with each other.  Students who heard White perform in Colby were touched by the stories of hardship and uncertainty.